In the previous twisted workflow where on receiving Radius Reject message leading to provide access to the WLAN may not look good when considering the accounting part of the authentication. To handle it in a better way, Arista APs can now support role-based capabilities which makes the understanding of the process authorization easy. Using these roles, a reject message from ClearPass is an actual rejection. But in this new updated workflow rejection is not used anymore.

Below are the differences in the previous and new approach:

Everything is almost similar as mentioned here; however in this workflow, AP doesn’t need to disconnect the user. It simply changes the role of the user from pre-auth to a post-auth role which allows internet access. Please refer to the above workflow diagram:

The Configuration for this workflow is slightly different than the one we discussed earlier. Also, Arista AP now uses a new Cloud Vision Wifi portal cloud for configuration. Below is the config needed to support this new workflow:

Role Config: Access the Specific Location Folder where this SSID needs to be broadcasted. Here for this workflow, we will need to configure two roles: Pre-Auth and Post-Auth roles (any relevant names can be used but the functionality should be mapped accordingly). Navigate to Cloud Vision WiFi Portal and browse the location where these roles need to be defined. Then, select Configure > WiFi > Role Profile > Add Role profile > Give a Role name. For the Pre-auth role, update the redirect link. For a Post-Auth role, a redirect link will not be required. 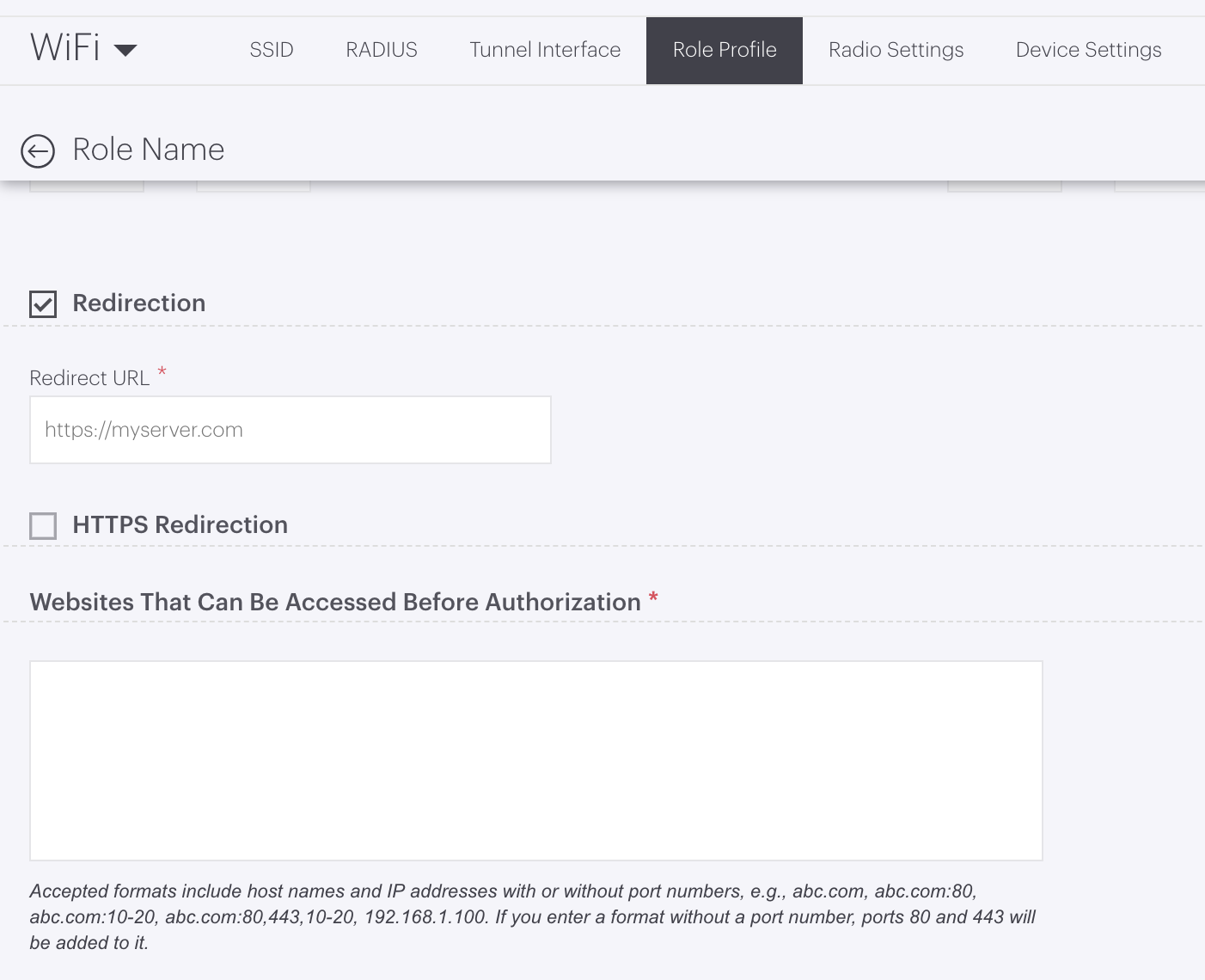 Radius Profile config: In the same location as above, you would need to navigate to go to Radius Section and configured the relevant Radius Settings: 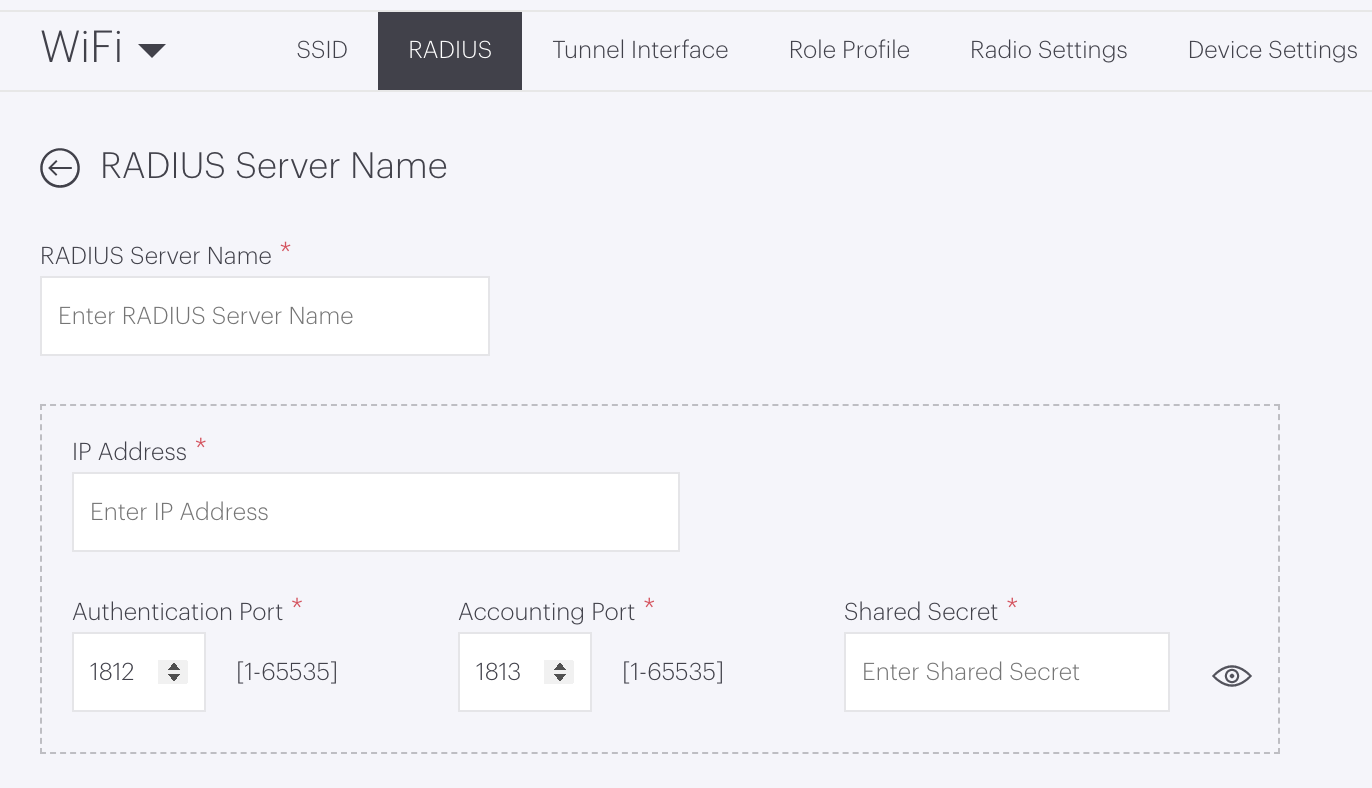 Most of the configuration is quite similar to the previous workflow. However, there are a few changes. Like, instead of sending a de-auth CoA, ClearPass here sends a Role-based CoA. Although the policy settings remain the same, however, the roles need to be sent during the MAC auth itself.

Role Configuration: Steps are the same as the previous clearpass role config setting. However, in this workflow we would need three roles:

Enforcement Policies: These policies hold the conditions as to when and where the Enforcement profile configured will be used. For this workflow we have two policies; so two different Enforcement policies will be needed.

Web Authentication Service: This policy will be used for the Guest user in the Pre-Auth role to validate the user credentials and accordingly provide a different role if successful: